So today is a day off, well I say a day off. Its a day to catch up on all the things I’ve tried and failed to fit into the last four days.This has resulted in a backlog of ‘stuff’ that needs to be actioned. Where does this ‘stuff’ come from? And why on earth is there always so much of it when all I want to do is write! Today’s stuff consists of calling people about stuff, sorting out stuff, paying stuff,getting rid of stuff and cleaning stuff. Who knew ‘stuff’ would play such an important part in today’s theatre of life. Once I’ve finished with my stuff, I shall hopefully get some time to write! Watch out for a fab competition that will be coming up in the next few days. A chance to win a signed copy of my book. Until then back to doing stuff! 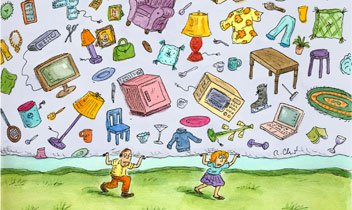