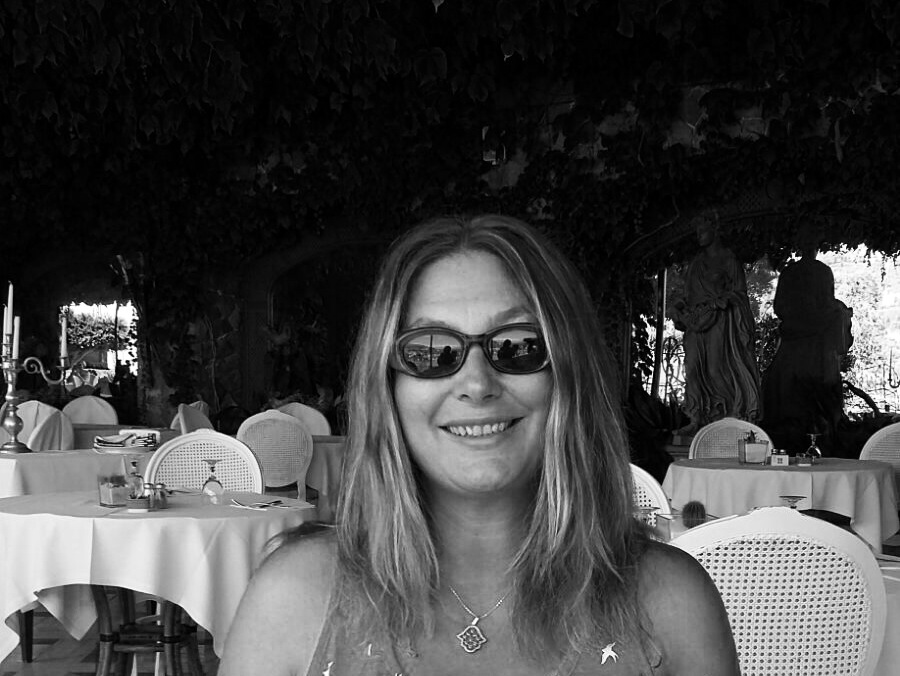 She has been lucky enough to live in such glamorous locations as London, New York, and Croydon! She currently lives in Devon with her family. For over three decades she worked  in music PR and marketing within Europe and the USA before reinventing herself within the world of healthcare management. She writes mystery thrillers with a splash of romance. Her debut novel ‘All Tomorrow’s Parties’ was released in 2015, and followed in 2016 by her second novel ‘Forbidden Colours’. Both novels have received great reviews with comments such as ‘Wow, Just Wow’ and ‘A Real Page Turner’…

She admits she gets bored easily and will try anything once! Apart from writing and ‘doing the day job’ she can often be found enjoying new adventures. These can range from tap dancing to helicopter rides over the Black Forest.

Nicole is a member of Mystery Authors International and Retreat West Authors Groups.